Did beheading a goblin cause a Zimbabwean house to explode? No. Via Who Forted.

Medvedev taunts alien enthusiasts by telling journos that Russia are forcing the US to come clean about ET ‘contacts’.  Via Anomalist.

Some guy has been staring at Mars pics waaay too long and thinks he’s found statues, fossils blah blah. AboveTopSecret

Odd geologic erratic found in Russia deemed, perhaps unsurprisingly a UFO tooth-wheel what ever that is. Via Reddit

Huffpo have a summary of recent lunar anomalies.

A Bilderberg super-fan has made a pretty picture from their corporate/political interrelationships. Via Reddit. 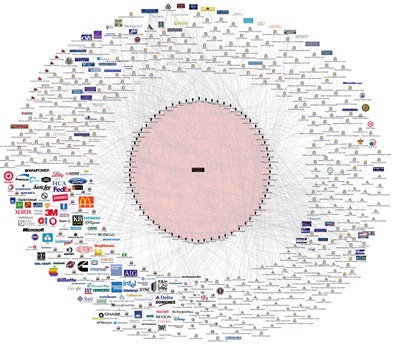 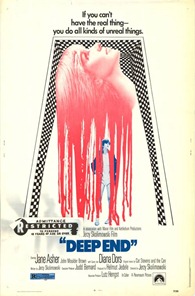 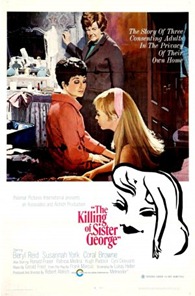 Jerry Skolimowski’s 1970’s cult coming of age drama Deep End follows a young teenager into his first job as an attendant at a particularly grimy London bathhouse. Falling quickly under the spell of his attractive, whoring colleague, played by Jane Asher, the young man finds difficulty coping with the strains of his extracurricular responsibilities and his clumsy, stalkerish yearning. Reeking of the Sixties and directed with a lovely brooding atmosphere which overshadows the young actors shortcomings, things march inevitably towards a nicely er executed, quite stylish final act. A little dated I guess and a bit rough around the edges but it’s a period gem that still holds plenty of lustre.

Robert Aldrich’s adaptation of stage play The Killing of Sister George, released a year before  Skolimowski’s grubby tale, is a similar tale of fraught, uneven desires set against the backdrop of a swinging Sixties London. Beryl Reid stars as a TV soap actress with an acid tongue and drinking problem whose relationship with a young, seemingly simple woman is threatened by her belligerence and news that her beloved character is soon for the axe. Though it’s rightly lauded for it’s brave, ‘realistic’ depiction of lesbianism it’s should be remembered for the marvellous performances of Reid and York who filter the melodramatic, darkly humorous script with emotional nuance as well as histrionics. 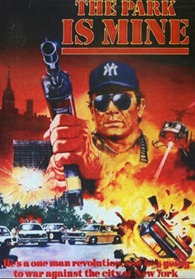 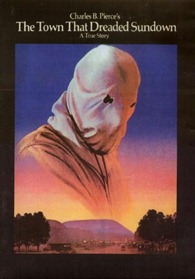 Tommy Lee Jones stars as a Vietnam vet who wigs out and takes control of Central Park in the ropey 80’s TV movie The Park is Mine. Using his military skills and his dead buddy’s war plan, Jones seals off the greenery for 48hrs to highlight the plight of neglected vets and faces off against the police and national guard desperate to oust him. Jones shouts his way through the script as if it was written in capitols and there’s a tonne of unintentionally amusing lines and though there’s some action to be had it’s mostly non-lethal in a tragically A-Team kind of way. Like a neutered Rambo, here it is anyway just in case you’re a fan of the so bad it’s good stuff.

The Town that Dreaded Sundown, on the other hand, is a grittier affair, mainly due to it’s docu-drama approach, based as it is on an actual series of murders in ‘40’s Texarkana. A masked man stalks the neighbourhood slaughtering a variety of locals and the police are stymied by a lack of clues and his erratic MO. With a titchy budget and little acting skill on display it’s quite surprising that it manages to muster a reasonably unsettling atmosphere but it does, maybe it’s the murky/cheap cinematography or the weird nature of the crimes themselves but it’s definitely worth a look. Getting a remake apparently. 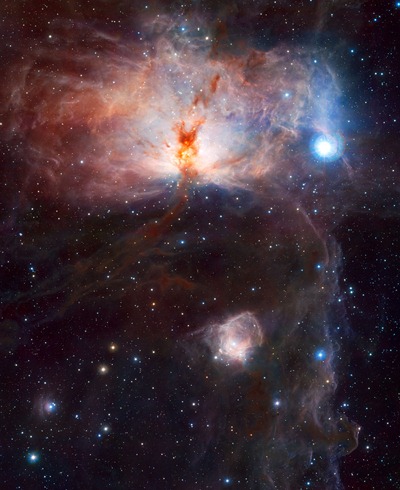 The VISTA scope’s first release is a stunner, showing the Flame Nebula in some glory. Via ESO. 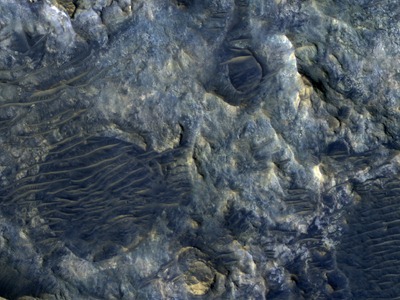 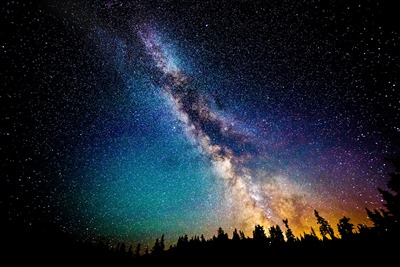 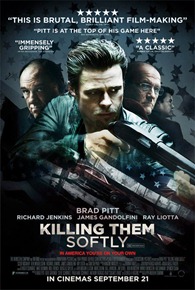 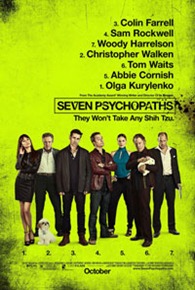 I quite enjoyed Andrew Dominik’s snail paced western The Assassination of Jesse James blah blah and even thought Pitt did a decent job but their recent reunion on comedy thriller Killing Them Softly is a surprisingly clumsy and cliched affair. When two idiots rob a mob run poker match Pitt’s fixer is called in to clean up the mess but his employers and employees only lead to frustration. Though nicely filmed It’s a right rambling mess with a unfounded somewhat smug reliance on the ‘characters’ to entertain but is hamstrung by a navel gazing script that allows the assembled talent too much room to overact, underplay and phone it in variously. Shiny bland garbage that even skimps on the violence.

Director Martin McDonagh’s excellent In Bruges was a much needed hit for Colin Farrell but their reteam effort Seven Psychopaths is, like Killing Them, a lazy self satisfied dud that coasts by on ‘quirky’ characters and lacks the poignancy that underpinned their previous comedy thriller. Farrell plays a screenwriter struggling with his next script but finds inspiration, irritation and some jeopardy whilst in the company of his dog-napping, motor mouth friend, Sam Rockwell after he pinches a gangster’s mutt, throw Walken and Woody into the mix and an occasionally amusing, utterly predictable caper ensues. My expectations were probably too high going into this but still there’s little to recommend it. Half hearted hokum. 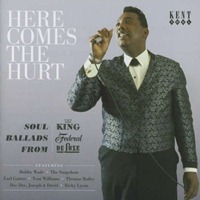 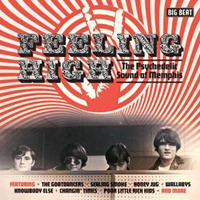 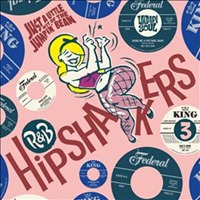 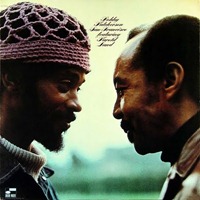 Stunning papercraft music vid, via This is Collosal. 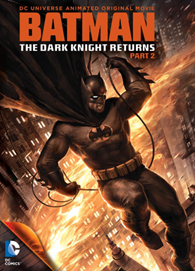 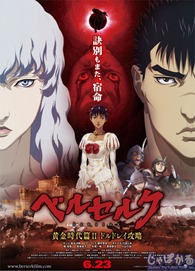 The ultra faithful animated adaptation of Frank Miller’s ground breaking Batman graphic novel concludes with the The Dark Knight Part 2. The story picks up with the release of the Joker, who, fuelled with the reawakening of his caped nemesis begins to wreak havoc across Gotham and the inevitable final, bitter showdown ultimately instigates a battle between Batman and the establishment lackey Superman. The animation is excellent and sports some quality voice acting from Peter Weller and co and continues DC’s success in adapting it’s more mature works for the screen with plot and dark cynicism intact.

Berserk: The Battle of Doldrey is the second part of the retelling of the grisly medieval fantasy anime and, like DKR above, it’s a high quality product. The Band of the Hawks ingenuity and brutality on the battlefield finally bring them to the King’s attention but when they boldly tackle an impregnable fortress their success has unforeseen consequences for everyone involved. The animation is some of the finest around and the filmmakers commitment to blood and gore is admirable but like the first film the plot is seriously truncated and without the time for nuance it feels more cartoony than it should. 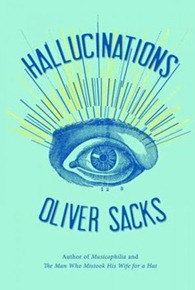 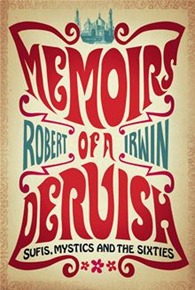 Oliver Sacks turns out a nice survey of our current understanding of sensory unusualness in Hallucinations. Specialising, as he does in geriatric neurophys, the book opens with tales of Charles Bonnet syndrome whose sufferers, as their eyesight fails, are prone to vivid and intrusive visions but the book soon moves onto similar stories, spread across all our sense modalities and variously prompted by drugs, disease and degeneration. It's a good read, that shouldn't trouble the laymen but yet enough detail about the more exotic perceptual aberrations to keep the more educated interested. Another worthwhile read from one of the best communicators of psychological understanding.

Robert Irwin’s novels have entertained me previously but having never read any of his academic works I was wary about his autobiographical effort, Memoirs of a Dervish. It is, however, a entertaining and fascinating glimpse of the author’s experiences of the swinging sixties and his meandering, spiritual journey from Oxford University to an unusual Algerian Sufi community. Irwin’s droll retelling of escapades with the mystically inclined and the drug addled are interspersed with vignettes of life as a fledgling intellectual and self deprecating reminiscences of his time in the ‘scene’. Though it’s a little slight there’s plenty of chuckles along the way and he sneaks in a well reasoned, seasoned perspective on the Age of Aquarius and Western spiritual seekers.
Posted by Doc.Dunce at 22:50 No comments: 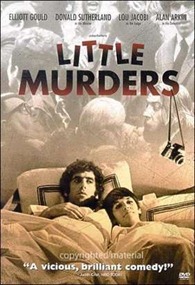 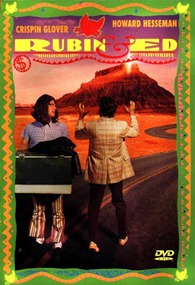 Alan Arkin's directorial debut Little Murders is a savagely dark comedy about romance and the vapidity of modern life set during a crime riven 70's New York. Elliot Gould stars as a hollow, nihilistic photographer who is wooed/coerced into marriage by a tradition-tied singleton but their burgeoning, plasticky life together is perpetually tested by the casual violence rife in the city. There's a decidedly manic energy to proceedings and it’s bitter script gives each character plenty of er, colour and lots of room for big, theatrical swipes at the contemporary mores of the day. An impressive, sadly neglected satire that has a deliciously dark edge.

Crispin Glover, professional odd bod, makes an early appearance in the barmy road trip/buddy comedy Rubin and Ed. When the reclusive Rubin is recruited by a failing salesman to attend a culty conference event he decides to bury his dead, frozen cat in the desert instead and an uneasy, unusual friendship blossoms between the two flawed morons. Glover and Hessemen put in bravura performances as the mismatched duo and their peculiar, highly amusing adventures have a surprisingly poignant effect despite the all the bizarre-ness. Another forgotten little comedy gem with a script to die for. 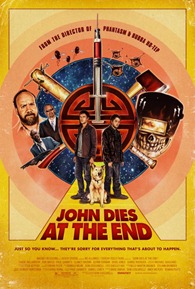 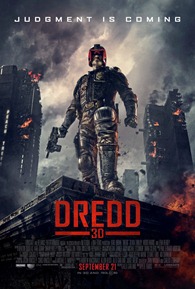 Twisted horror/comedy John Dies At the End gets butchered down into a reasonably successful 90mins by  Don “Phantasm” Coscarelli.Two slackers get drawn into some fantastical hijinks after ingesting an other-worldly drug called Soy Sauce and fumble about dodging death and some unsavoury and unusual characters. The dark, deadpan wit of the novel is mostly intact and there’s a lovely grubby sheen to the production but the sfx occasionally betray its low budget and the plot’s over simplification is at times baffling with some of the funnier, weirder scenes omitted, still a pleasantly offbeat slice of nonsense.
There’s more juice in the recent adaptation of Dredd with plenty of eye popping action decorating it’s deliberately straightforward plot. Karl Urban stars as the titular antihero who, whilst indoctrinating a rookie into the world of instant justice in a degenerate, over populated future, gets trapped in a drug lord’s tower block and a brutal slaughtering ensues. The unabashed action and perfunctory script keep things ticking along nicely and the modest introduction of the comic’s key elements nicely set up a sequel or two. It’s a shame then that despite it’s charms it bombed at the box office.
Posted by Doc.Dunce at 23:07 No comments: