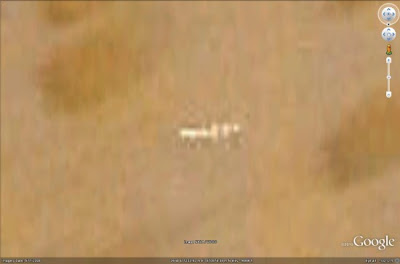 Is this a structure on the surface of Mars? according to one chap yes, according to actual scientists no. Just a glitch in the imaging software apparently.

Here's a nice list of ten cryptids that turned out to be real.

Su Kong Tai Din, was left to die in the forest but was adopted by a Shaolin monk and became a tremendous fighter - oh and he also suffered from hypertrichosis, ie looked like teen wolf - movie please. HumanMarvels. 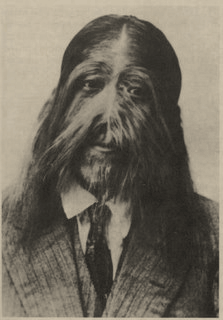 Australia has "lost" it's UFO files - probably just a jape to wind up the tinfoil hatters though.

An interesting but weird article about the Black Knight satellite (an object purportedly in a polar orbit) and the author PKD.

Some poor sods died when the bear they ran over when straight through the front and back windows.

Half witted German Catholics have been offering homeopathic treatments to combat homosexuality.

The survivors of the Jolpin hurricane now have to contend with a deadly fungus.

The persistent anomalous Hum is back - this time winding up locals in some County Durham village. Telegraph.

White wedding for the local woman who has the world's most piercings (over 6000). Gives me some hope. 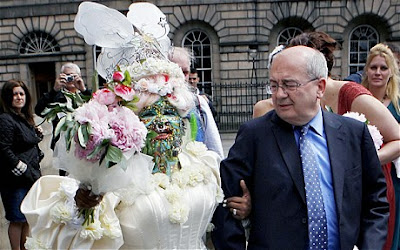 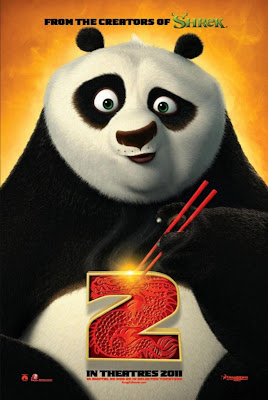 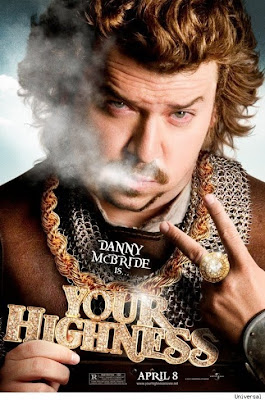 Kung Fu Panda 2 sees Jack Black & co return to China in a blast of animal chop socky and laughs. This time around Po is determined to thwart the ambitions of an evil peacock, Shen, who has been tinkering with fireworks and plans to rule the country. As you'd expect the cgi animation is top notch, the script and voice acting excellent and there's plenty of gags to nicely balance the furious fisticuffs. If I was to find a flaw it'd be that the sub plot about childhood trauma is a little heavy handed but it's still a highly enjoyable 90 mins or so and a film I'd recommend to kids and big kids alike.

Spoofing fairy tales of knights, wizards and monsters, Your Highness, is a juvenile comedy starring Franco, Dance, Portman and Danny McBride. The latter plays the second, bumbling son of the King who must accompany his brave but dim brother on a quest to rescue his virgin bride from the clutches of an evil sorcerer. With a surprising amount of gore and some expensive looking sfx this ticks along nicely, sure the British accents are inconsistent and the laughs firmly low brow but I found myself chuckling through out.
Posted by Doc.Dunce at 14:24 No comments: 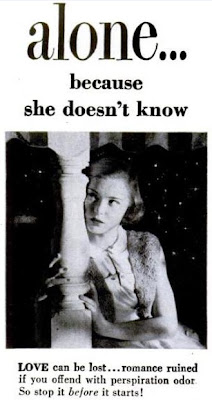 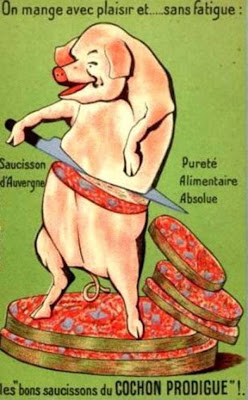 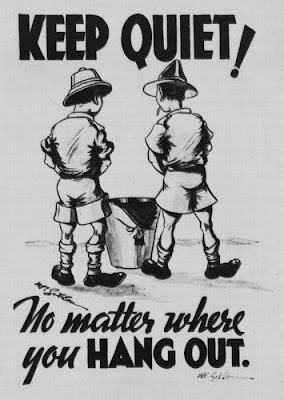 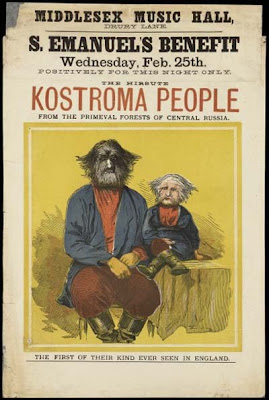 A bunch of Merkins struggle to survive in a Vampiric flavoured post apocalypse in the gloomy Stake Land, Jim Mickle's low-fi horror film. There's nothing original in this wasteland road trip as an orphaned teenager falls in with a hunter, called simply Mister, and travels north battling fangs and bible obsessed loons enroute to Canada but it's the hillbilly atmosphere and commitment to grimness that lifts this above the cliches and usual tropes. Sure the effects are cheap, the set up largely unexplained and it slumps in the final third but this is still an enjoyable bit of genre nonsense and is certainly an improvement on Mickle's Mulberry Street.


There's plenty more Vamp shenanigans in Priest with Paul Bettany. Humanity has retreated into giant walled cities after a long battle with a pandemic of blood suckers and the Church's warrior priesthood disbanded but one bitter veteran decides is enough is enough when his family are slaughtered in the wasteland and sets out to investigate. It's got some nice stylistic touches and with a much bigger budget than Stake Land there's plenty of nifty FX sequences and action but it's a by the numbers almost soulless affair that lacks any atmosphere or generates much enthusiasm. It'll probably do much better than SL as it's got a cast of familiar faces and is practically designed for the multiplexes but it's half the film it should have been.