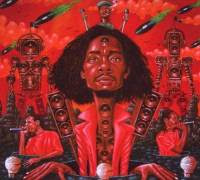 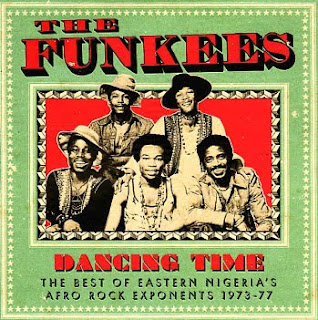 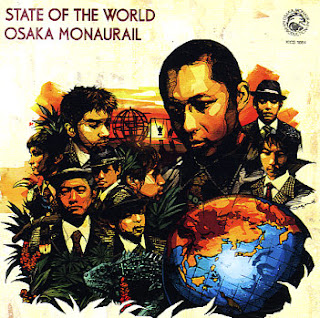 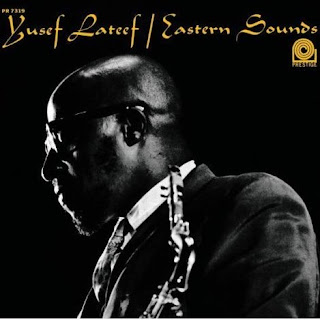 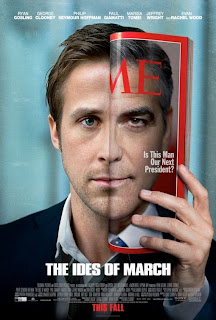 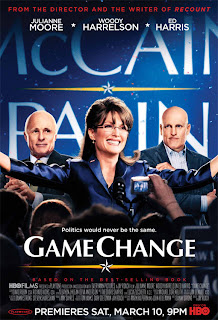 An idealistic campaign strategist, played by Ryan Gosling, get mangled by the machine in George Clooney's solid political drama, The Ides of March. During a Democratic primary campaign our talented young protagonist finds himself squeezed by two old hands, played by Seymour Hoffman & Giamatti, and struggling to cope when personal matters unravel his careful plans. There's plenty of nuance to the performances, even Clooney puts in a decent turn as the smug but tainted politician, and it's a well crafted film but it's just a little unremarkable, the plot proceeds along familiar lines and the denouement is understated to a fault.

Maybe it's the events of the last US election that paled The Ides of March somewhat, what with the Sarah Palin's bewildering ascendance to the national stage and it's that rise is the subject of Game Change, a HBO special. Julianne Moore does a great job of portraying the ambitious and empty headed candidate and has Woody Harrelson & Ed Harris supporting (as Steve Schmidt & John McCain respectively) but the film takes a docu-drama approach to the chronicling of the barmy events and though it's definitely worth a look, especially if you're into yank politics, I was a little disappointed just how even handed the filmmakers were, eschewing most of the obvious laughs for a more sober look at the facile character of a woman catapaulted by ambition into an arena well beyond her ken. 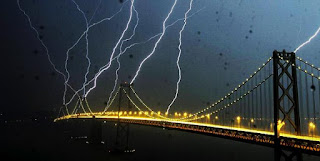 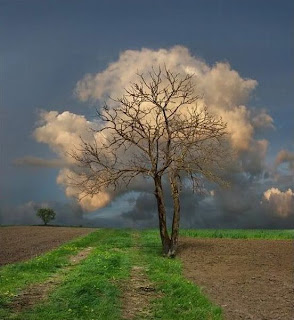 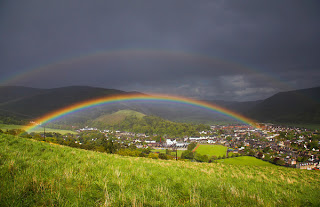 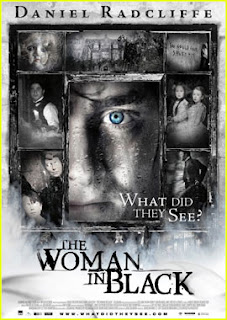 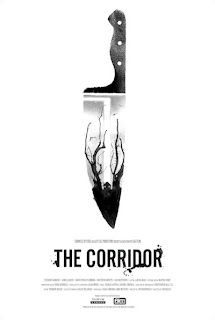 Low budget high strangeness is the order of the day in The Corridor a horror/scifi about a bunch of chums who take a trip to snowbound hills to scatter Mom's ashes. Not long after they arrive they discover a strange force field that appears to augment their perceptions and might explain Mom's unusual death. There's some middling acting and the script is perfunctory but it's commitment and the weird, unusual premise keeps things entertaining, kinda made me think of The Signal. A odd little film that's worth a look.

Harry Potter star Radcliffe leads Hammer's adaptation of classic ghost story The Woman in Black and it's actually not bad. Playing a widowed accountant Radcliffe is sent to a country estate to wind up some paperwork only to find himself besieged by creeping apparitions and superstitious locals. The acting is reasonable enough and the production is nicely detailed but it's strength lies in the excellent sound production which elevates the fairly predictable haunting into something a little more special. Another solid effort from the reborn Hammer studio.
Posted by Doc.Dunce at 07:01 No comments: 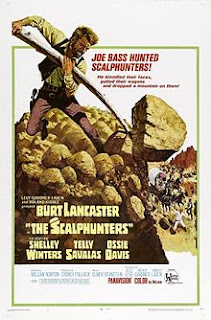 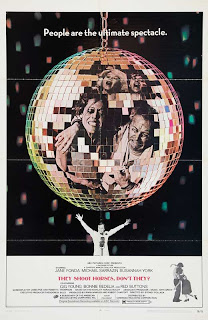 Ossie Davies and Burt Lancaster star in Sidney Pollack's comedy/western, The Scalphunters. Lancaster's mountain man trapper is forced to hand over his furs in exchange for an erudite slave by a bunch of Indians and kicks off a action filled cross country romp to retrieve them. The two leads are admirable and handle the intelligent, witty script with brio and it's all beautifully paced with the lulls in action providing room for the snappy banter. A brilliant little gem that's got a whole lot more than to it than just shootouts and spurs.

Sidney Pollack's next feature, They Shoot Horses, Don't They?, released the following year, received a whole sackful of awards and rightly so as it's a vicious depiction of the American dream in all it's brutal greed and ignominy. An ensemble cast including Jane Fonda, Susannah York & Bruce Dern compete in a epic dance marathon run by a merciless, cynical MC. The desperate characters are lured by the chance of a big pay out but still yearn and pander for pennies thrown by the ever present audience. This is intense stuff with 'big' performances all round, some superb cinematography that enriches the insanity and as the contestants are thinned out the atmosphere spirals deeper and deeper into the gloom towards a stunning climax.
Posted by Doc.Dunce at 22:41 No comments:


A pair of young men escape their dreary lives and become talented gunslingers in the Rock N Roll, Acid(ish) Western, Zachariah. Don Johnson & John Rubenstein's friendship becomes strained as their notoriety increases and their divergent, barmy experiences shape them into mirror images of one another and an final confrontation becomes inevitable. There's some great tunes from Country Joe et al and nice period visuals which help flesh out the nonsense but it's essentially a diet version of El Topo festooned with ham fisted, cheap symbolism and a few laughs. Still I liked it and I'm quite surprised it's not received more attention.

I'm not really sure what to make of Rhinoceros, starring Gene Wilder & Zero Mostel. Filmed as part of the American Film Theatre series and based on a play by Eugen Ionesco this is a seriously odd little fable about one man's stand against a citywide tide of metamorphoses from man into Rhino. Wilder puts in a decent performance as the boozy office clerk who withstands the change but it's Mostel's film with an amazing transformation from effete city gent to monstrous apartment trashing beast that single handedly rescues the film from it's obtuse purpose. I dunno it's quite funny in bits but with the budgetary constraints precluding any actual Rhino action and it's general atmosphere of hysteria obscuring any meaningfulness it was a little disappointing, especially so given the potency of the previous Wilder & Mostel feature. Apparently the play has a bit more substance behind nonsense.
Posted by Doc.Dunce at 20:39 No comments: 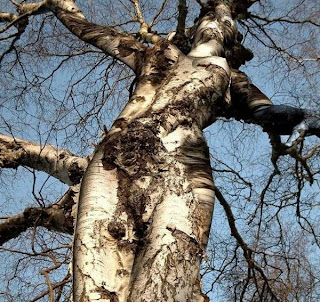 A Labour councillor in Whitby apparently had a lanky green alien for a mother.

Infographic about what the net is doing to your noggin and one about beards. 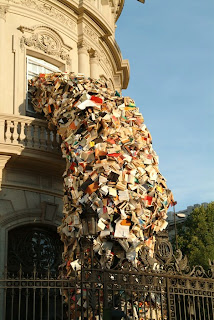 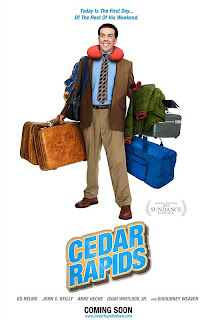 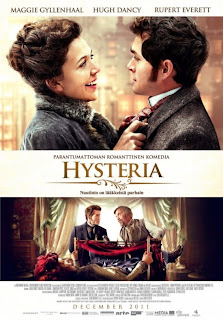 Ed Helms helms Cedar Rapids, an entertaining faux indie comedy about a sheltered, dorky salesman sent to represent his company at a Insurance convention. After a nervy start he slowly comes out of his shell and with some tutelage from a couple of convention veterans begins to live a fuller life but their rambunctious antics have unforeseen consequences. It's a light, amusing late coming of age film with plenty of charm and though the script could be a little funnier, maybe with a bit more of an edge it's really well acted with Helms ably supported by Anne Heche, John C Reilly and Isiah Whitlock Jnr.

Hysteria assembles a highly competent cast, including Jonathon Pryce, Rupert Everett & Maggie Gyllenhaal, for a frothy, comedic look at the invention of the vibrator. Set in the Victorian era, a young doctor joins a practice which specialises in the treatment of female hysteria through the er, digital realignment of the uterus, the popularity of the treatment leaves the doctor with a strained hand and he seeks help from his inventor friend. Beautifully produced and well acted there's plenty of laughs throughout though the inclusion of the political/social upheavals of the time dilute the chuckles towards the final act.
Posted by Doc.Dunce at 20:04 No comments: 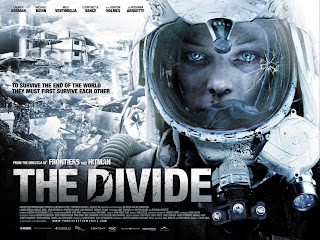 Trapped in a bunker after a nuclear strike, a bunch of NYC residents find it hard to maintain their sanity in The Divide, directed by Xavier Gens. Michael Biehn initially leads the survivors as they come to terms with what's happened but as the days pass tensions erupt and the safety they sought evaporates. The acting is not bad and it's got a suitably grim atmosphere with some nice patches of dread here and there but it's way too predictable and as the events unfold it swiflty limps into pretty typical B-movie fare.

Stephen Dorff plays a secret agent, kidnapped, locked in a trunk and tortured for the President's location in the preposterous Brake. Presumably some bigwig greenlit this project after the success of Buried as they're essentially the same film, man in a box for 90 mins with slightly different accoutrement, in this case Dorff gets a CB radio, torch & telephone to play with and I suppose his performance is reasonable but it's so ridiculous I found it distracting and like Divide suffers from a distinct lack of imagination. If you're looking for some fairly brainless entertainment I'd go with The Divide if I were you. 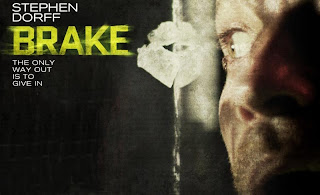