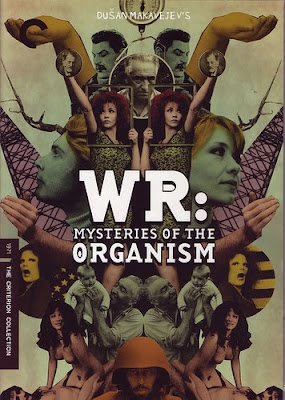 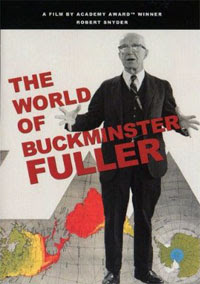 Wilhelm Reich, a colleague of Freud & Jung's, was an unusual, grandiose thinker whose theories of sexuality and political freedom have largely been ignored by the scientific community, eclipsed as they were by his later more er, esoteric work but they did find a resonance in the counter culture movement of the 60's and 70's. In 1971 Serbian director Makavejev created W.R. Mysteries of the Organism, a chaotic, kaleidoscopic view of Reich's theories interspersing various documentary pieces with fairly insane narrative sections all mashed lovingly together with a LSD fervour and revolutionary zeal. If you're unaware of Reich I wouldn't start here as it's more of a dialogue about his work than an exposition (and it's 70's styling probably an acquired taste) but it's a surprisingly entertaining watch with a bravado and intellectual ambition seldom seen these days. It's a shame there's not a 'straight' examination of Reich's work but this film succeeds at the very least in matching it's subject's idiosyncrasy.

R Buckminster Fuller, another unique intellect, was successful in a number of scientific fields and is probably most famous for his Geodesic Dome design, however his theorising went well beyond normal disciplines and still seems startling groundbreaking today. The World of Buckminster Fuller initially seems to take a more traditional approach, with Bucky himself explaining his theories straight to camera but 10 mins in and it becomes apparent that the film makers thought a cut and paste approach to the editing equalled style and it suffers badly without a coherent progression to the segments. This scattergun effect combined with the aging Fuller's slightly eccentric manner and speech, made me think, occasionally, of Rowley Birkin from The Fast Show which is a bit of a shame as though it lacks the panache of W.R, if you stick with it, it does offer an interesting, more comprehensive look at another neglected thinker's work.
Posted by Doc.Dunce at 22:49