Stig of the Dump News 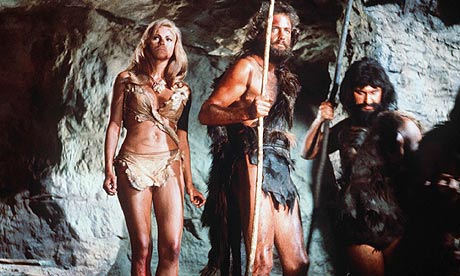 Research at an archaeological dig in Happisburgh has uncovered a horde of flints which seems to push back human settlement in Britain another quarter of a million years - nice. I always thought it a foolish theory that early man had ignored our Isle and this evidence proves it with early man arriving 840,000-950,000 years ago. Via Guardina

There's been some interesting results coming from Neanderthal skeletons found at a Russian dig near Khvalynsk - looks like both male and females had an "unusual" hormonal make up which allowed for much more muscle mass and specifically large upper arms popeye style. All the better to kill critters with I guess.

Global warming has it's upside I guess with archaeologists now combing through melting ice fields and glaciers for finds and sure enough they've found a 10,000 year old birch wood dart that's been beautifully preserved in the ice.
Posted by Doc.Dunce at 16:03