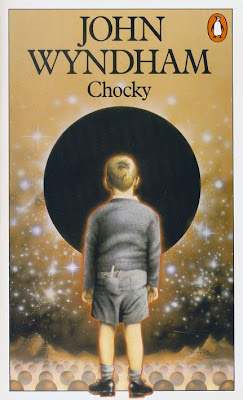 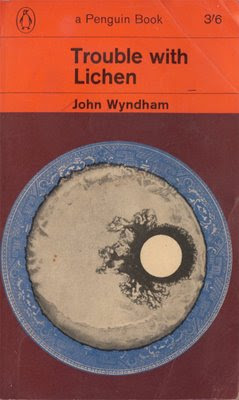 I've potent memories of the TV version of Chocky, which aired when I was a kid, but found Wyndham's original novel a little underwhelming. A young boy acquires an imaginary friend who appears to be a little more advanced than the norm and his parents are at a loss to explain the new perspective this friend gives their child. Perhaps unsurprisingly, given it was written (I think) for young adults, it's Wyndham's most simplistic tale with a lightness to the narrative, little time given to the characterisation and a fairly anodyne plot. Just for Wyndham fans and 80's throwbacks like myself I'd say.
Trouble with Lichen, on the other hand, is a satirical tale about a revolutionary discovery which has the potential to retard human aging indefinitely and the media frenzy and. general mayhem that ensues on it's release. Wyndham's young female biochemist plays the long game in this simple tale but her character isn't given much development and feels little more than a cypher at times. Wyndham does however pack in plenty of swipes at the beauty industry, academic churlishness and the role of women in modern society but it's not enough to lift it above the plodding pace and spartan plot. I dunno it's still a decent read, just not in the league as Kraken, Chysalids or Triffids.
Posted by Doc.Dunce at 07:32