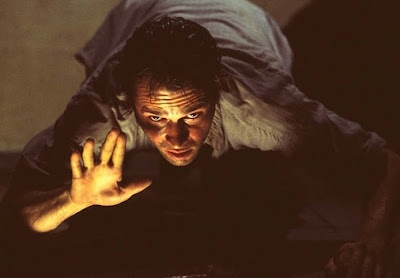 The Lighthouse is a low budget Brit slasher from the director of Mutant Chronicles. A prison ship is sunk near a small island and the surviving crew and crims must contend with a seemingly unstoppable decapitator roaming the island. It's pretty rubbish with some laughable plot turns particularly towards the end. A waste of some competent actors. 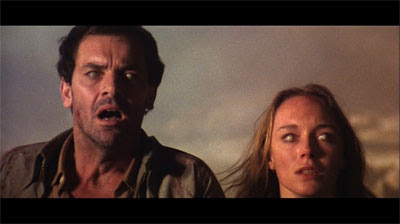 Aargh The Beyond is another shitey horror this time directed by Italian Fulci. Some bint inherits a Louisana hotel that sits on a portal to Hell and struggles to cope with the ensuing madness. Even worse dialogue than the Lighthouse and an over reliance on eye gouging this muddled, poorly acted crap should be avoided.
Posted by Doc.Dunce at 14:59