We should all be celebrating Simon Singh's victory over the back benders and their nutty claims to be able to cure ear infections through spine manipulation. According to Goldacre's article now one in four Chiropractors are under investigation in the uk - haha - now can we please start cleaning out the rest of the shysters ?

Obama has outlined his ambitions for NASA for the next couple of decades and he's certainly thinking big, wanting a manned Mars orbiter by 2030. Personally I'd prefer a space elevator but you can't always get what you want.

On the space bent there's also been some unusual radio waves coming from something in the M82 galaxy and there's yet another bonkers Black Hole theory out positing that our universe maybe nested in the center of a black hole in another 'verse or something brain melting like that. Made me think of Wolfe's White Fountain though.

Meteorite hunters have descended on Wisconsin after this awesome fireball was witnessed this week. And some lucky kids have found the first chunk 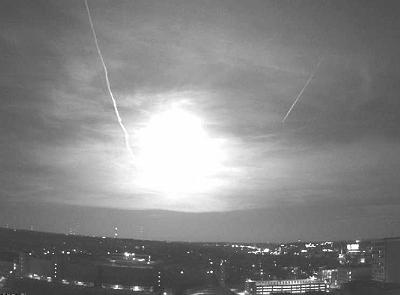