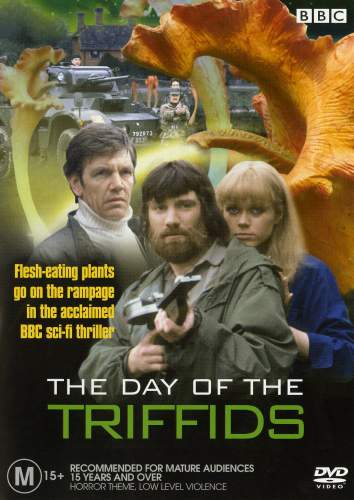 Day of the Triffids was alright, suppose, the usual BBC half effort, my main complaint was it just lacked ambition, why confine the story to just three hours? it felt rushed & fell into cliche fast and to be honest some of the acting was err, pretty embarrassing, Izzard & Richardson I'm looking at you.
Whistle and I'll Come to You was pretty amazing, it was the M.R. James tale that set me on the trail of these adaptations after it was featured on some bb4 doco a few months ago. It really is a marvel, Hordern's performance is impeccable, the scene where he's first shown his room is brilliantly funny but it slowly builds into a fairly menacing story of the mental collapse of a loveably eccentric academic. Again with the Youtube


Dr Who, urgh, well some episodes of the recent iteration of the Doctor have been decent but this wasn't one of them which is a bit of a shame as Tennant has been pretty good from what I've seen. Can't say I'm too impressed with the new choice of Dr either, hohum, then again the show isnt really for33 yrd olds.

Schalcken the Painter, the last of the Xmas ghost stories was solid if unremarkable, a creepy tale of painters for hire and a really unusual customer. The Beeb is fricking mad not to make the most of heritage like this, though it's hardly a surprise, they seem blissfully unaware of the value of their back cat.
Posted by Doc.Dunce at 00:40